Casino Security Exposed: An Inside Look

Ocean’s Eleven was one of the biggest grossing movies of the 21st century, and while most patrons went to watch George Clooney, Matt Damon and Julia Roberts, it left plenty of others wondering what security is really like in large casinos.

Is it really possible to rob a casino? A very small number of heisters have gotten away with it, but casino robberies are much harder to pull off these days. Since casinos have such a huge amount of money on hand, they – naturally – have very strict security protocols to make it very difficult for crooks to rob them.

CASINOS HAVE DEVELOPED SOME OF THE WORLD’S BEST SECURITY TECHNOLOGY

Unsurprisingly, casino vaults have some of the most advanced security systems in the world. Exceptional security is critical since they have to store millions upon millions of dollars.

In fact, the technology modern casinos have developed to improve security is so advanced that it’s often used by other institutions. Dave Shepherd, former executive director of a major casino, has stated that casino technology is often adopted by everything from banks to governments around the world. One compelling example is the Non-Obvious Relationship Awareness (NORA) software that casinos developed to identify cheaters. Banks and government agencies are currently using the same software to reduce security threats. 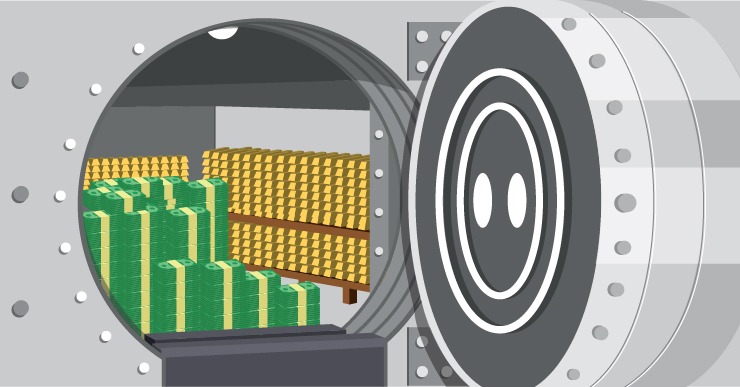 The precautions they’ve taken have prevented many casino heists. However, some crooks have still successfully made off with massive amounts of money, such as a daring hacker at the Melbourne Crown Casino in 2013. These few successful heists – as well as the inventive new attempts mounted every year – have forced casinos to continually invest in improving their security.

HOW DO CASINOS THWART WOULD-BE HEISTERS? 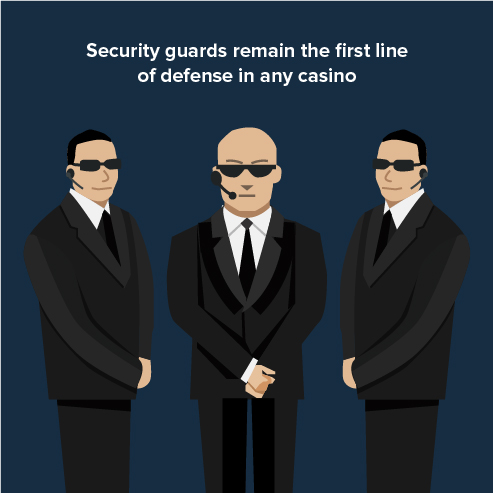 Certainly, criminals have tried tons of different strategies for stealing money from the world’s largest casinos. A handful of these heists have worked, because they identified the weakest security links in otherwise extremely well-guarded casinos.

Shrewd security directors recognize the need to protect every aspect of the security system carefully. Here are some of the different ways they ensure the casino is highly secure:

Creating a Deterrence with Armed Security

Security guards remain the first line of defense in any casino. They may not be high-tech, but their presence reminds guests and aspiring robbers that they’re being carefully watched. Who knows, some criminals may have even chickened out after making eye contact with one of them. The truth is that most robbers aren’t fearless psychopaths, and will be scared off by the thought of exchanging fire with a guard.

Casinos have over 20 different dispatch codes that their security officers need to be aware of. They are also taught how to use sophisticated tools needed to identify and resolve security threats.