How Bernie Sanders would give power to workers in their companies 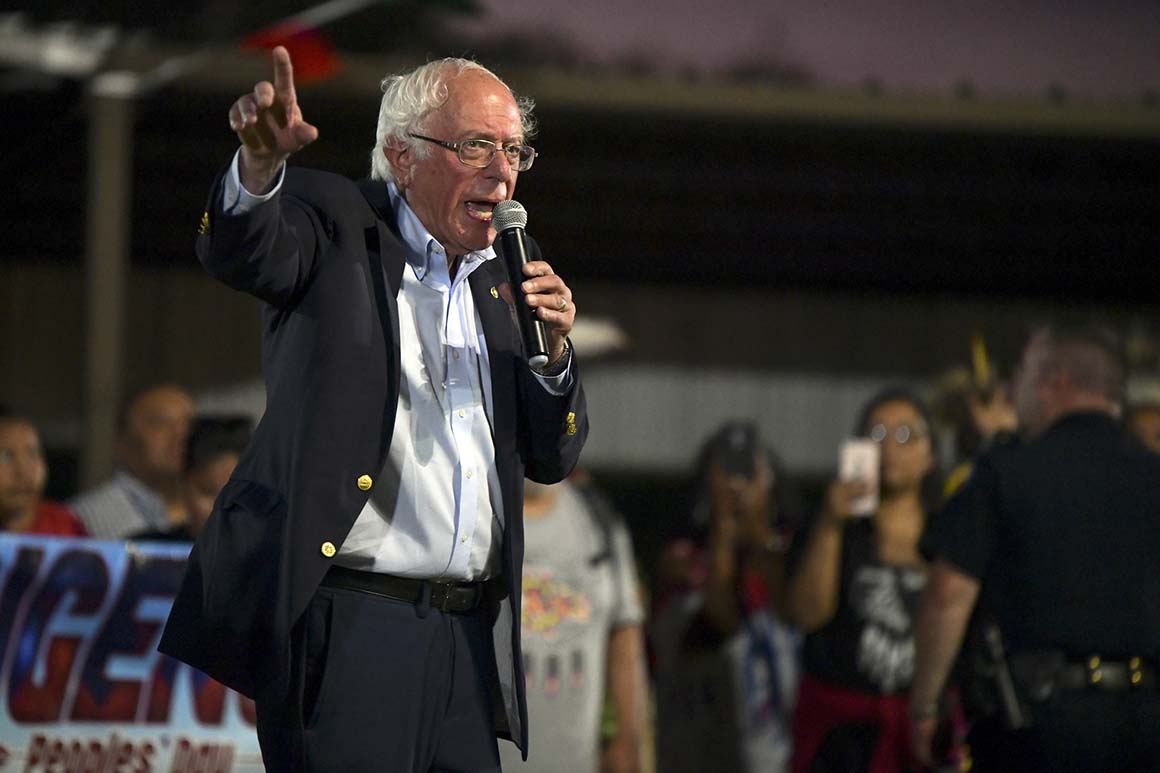 “For more than 40 years, the largest and most profitable corporations in America have rigged the tax code and our economy to redistribute wealth and income to the richest and most powerful people in this country,” the Vermont senator said in a statement. “The American people are saying enough is enough.”

Sanders put out the proposal as he was off the campaign trail recovering from a heart attack. He participated in a union-sponsored candidate forum Sunday via video, and said he will attend Tuesday’s Democratic debate.

What would the plan do?

Sanders wants to provide workers with an ownership stake in their businesses: Under his proposal, employees at large companies would be given 20 percent of the shares. They would also have control of 45 percent of the seats on the board of directors at corporations.

Sanders’ agenda would also raise the corporate tax from 21 percent to 35 percent, which was the rate before the Republicans passed the 2017 tax cut. He vows to review the mergers approved by President Donald Trump’s administration and undo any that were “improper,” lays out a proposal to combat offshore tax havens, and promises to treat large stock buybacks “like stock manipulation” as well.

Sanders’ aides estimated that Amazon would have paid as much as $3.8 billion in taxes last year if his policies had been in effect.

How would it work?

Companies that meet Sanders’ guidelines — ones that are publicly traded or bring in $100 million or more in annual revenue — would be required to give at least 2 percent of their stock to their employees every year, until they reach 20 percent.

Those businesses would also need to put aside 45 percent of their corporate board seats to be elected by the company’s employees.

Sanders would also create a $500 million “U.S. Employee Ownership Bank” that would give loans to workers who want to buy their businesses.

Conservatives say that raising the corporate tax would eliminate jobs, reduce wages and hurt the economy.

How does it compare?

Earlier this year, Elizabeth Warren released a plan to require that 40 percent of seats on corporate boards be elected by workers. As Warren has risen in the polls, Sanders and his aides have begun to draw contrasts between the two candidates.

Sanders’ worker ownership proposal is the latest example. His wealth tax also goes beyond what Warren called for, and he has said that his agenda to fight climate change is the “most comprehensive” ever.